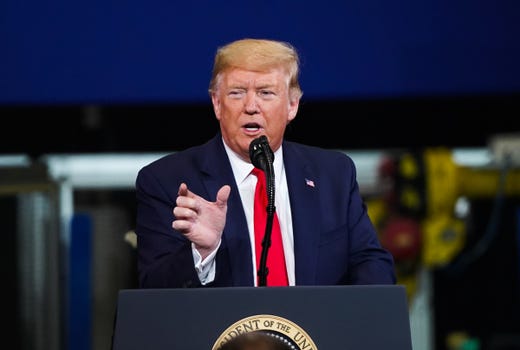 WARREN – Today Michigan AFL-CIO President Ron Bieber released the following statement in response to Trump’s visit to Warren, where he touted the new USMCA trade agreement:
“Corporate elites told us it was impossible, but we went to the mat and fought to make NAFTA better,” said Ron Bieber, Michigan AFL-CIO President. “Now for the first time, there will be labor standards that are actually enforceable. Make no mistake, Trump’s first proposal was seriously flawed. Our brothers and sisters in labor, stood in solidarity to bargain for a better deal. We are grateful for Democrats in Congress for fighting for, and delivering, a trade deal that working people can proudly support.”
###
Category: Press ReleaseBy MIAFLCIOJanuary 30, 2020