“Michiganders are entitled to a balanced justice system, not one that is tilted in favor of the wealthy and corporations,” said Ron Bieber, President of the Michigan AFL-CIO. “Working people deserve a fair shot at a fair trial, and that’s why we’re proud to endorse Chief Justice McCormack and Elizabeth Welch. All of our union brothers and sisters around Michigan stand ready to go to work to get these two candidates elected to ensure that working people have a voice in the halls of justice every day.” 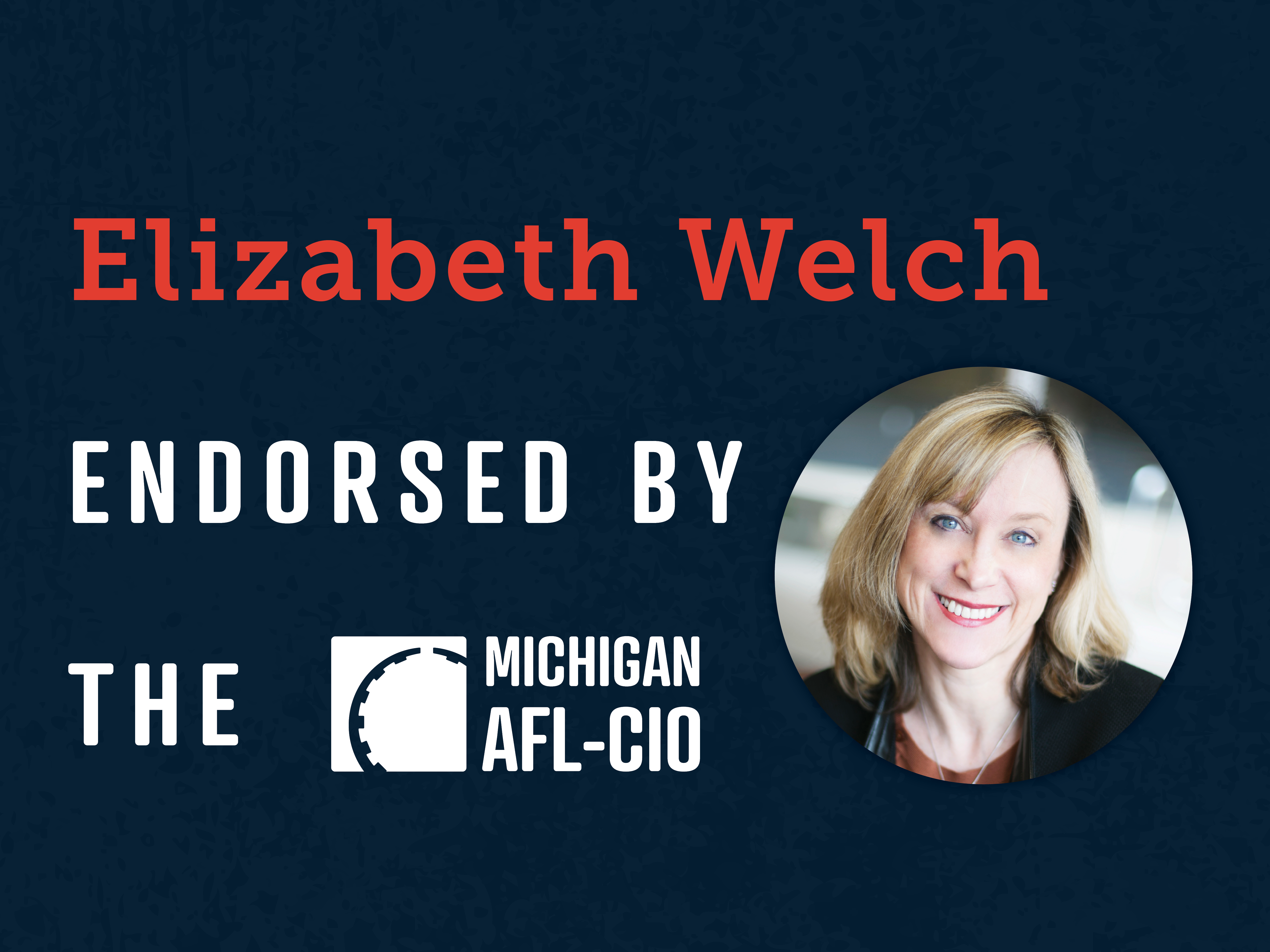 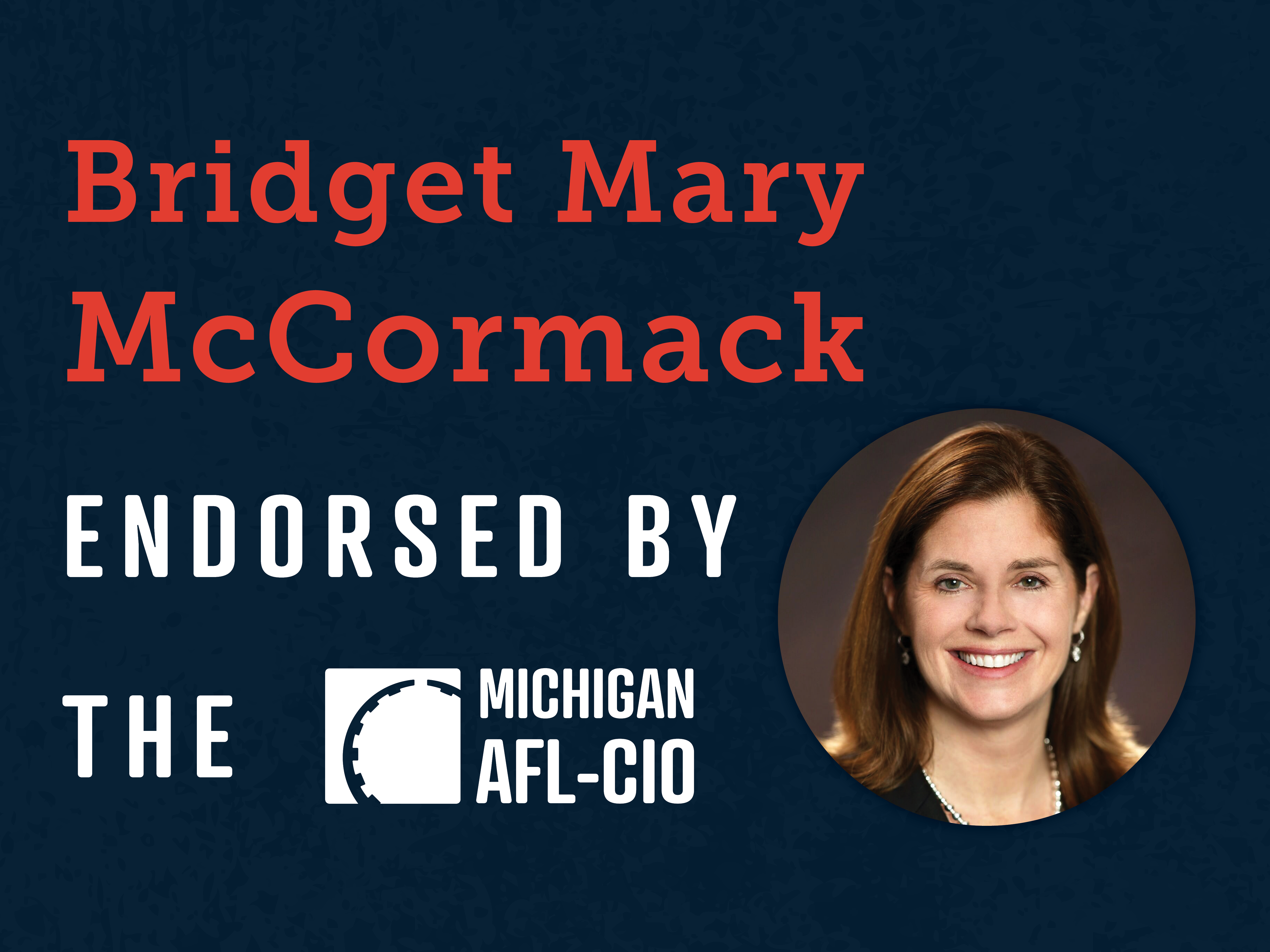